R Therapy with a College Student 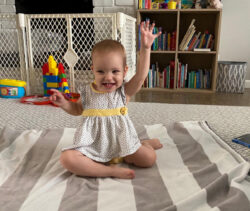 About a year and a half ago, I got a call on my answering machine from a mom in Colorado. We corresponded by email and it turned out she had a 20 year old son in college who had significant problems with the /r/ sound despite years of speech therapy. Another SLP who had worked with him suggested she contact me.

I thought that this would be interesting for a couple of reasons. First it would be a real challenge based upon his age and the fact that it was teletherapy which I had never done.

When the student, who I will call “Z” and I first talked, he was about 25% accurate in conversation with most errors postvocalic. We began using the SATPAC Program and Approach. We discussed in length what is needed to make a correct, consistent /r/ sound. We started with the SATPAC facilitating context word, EERGA because the EE keeps the tongue wide and stabilized on the back molars and the /g/ sound after the /r/ moves the tongue (dorsum) up and back which due to coarticulation, facilitates correct /r/ production.

Z had a lot of difficulty being consistent at first with jaw position, so he used 3 infant tongue depressors taped together as bite blocks to keep the jaw stable and the mouth slightly open. Eventually, he did stabilize the jaw and we slowly went through the lists. He got stuck on List 4 which is the first list that transitions from the EER to all the various R-vowel sounds. Like many /r/ students, he had particular difficulty with the OR and OOR sounds. I had to stress over and over that all vocalic /r/ sounds are diphthongs of ER. So, OR is really O (with the lips rounded) and then back into a big smile for the ER. It should be noted that that is not the normal position for the correct ER. That is, a normal ER keeps the lips slightly rounded. However, my experience is that at this stage of therapy, if the student does not keep the big smile/wide tongue, then they lose contact with the lateral margins of the tongue against the back molars and lose the palatal constriction necessary to make a correct /r/ sound.

It was really slow going for a couple of months, but Z practiced diligently and eventually got it. We continued with Lists 5 and 6, then with transfer/generalization beginning with phrases and sentences where he used a tally counter whenever he said the /r/ sound. This was particularly difficult as he often was not aware when he said the /r/ sound. With practice he improved and became accurate identifying when he said /r/. Finally, he used the tally counter in conversation and then we moved to normal conversation without it.

After about a year, we basically stopped the therapy as he was around 80% accurate in conversations with me. I checked in with him at first every 2 weeks for 2-3 months, then a month, then two months. His conversation ranged from a low of 67% accurate to the last two times when he was at 92% accurate. I dismissed him after not seeing him for two months and seeing that he was able to maintain his accuracy at 92%.

So here are a few of my thoughts. First is that due to brain plasticity, it becomes more difficult after the age of around 8 1/2 to remediate speech sounds. This was one of the most difficult cases I ever worked on. I know that when you have had millions of incorrect productions, correcting that becomes a real challenge and that it takes thousands of correct productions to make that change. The fact that the SATPAC Program is so systematic and encourages lots and lots of repetitions, made this change possible.

Also, motivation is huge, and Z was motivated. Although he never did as much homework as I asked him to do, he did stick with it and did not give up, even thought there was real slow going on List 4 for a couple of months when he did not make hardly any progress.

Third, buy-in in therapy is really important. I’m often asked if kids will stick with SATPAC because the truth is, it is probably the most boring program in our profession. However, in the 25 years I’ve been using the program, I’ve only had a few kids object to doing the program. The reason is that kids who have struggled with their speech realize that what they are doing is working which is exciting and motivating and leads to success as was the case with Z.

The SATPAC Program (which includes a 6 hour webinar for ASHA CEUs) is still half price ($100). Here is the link: https://satpac.com/purchase/